I have been searching for a good slow-cooker recipe for quite some time. We were given a beautiful one for our wedding, and I’ll admit it’s been difficult to find a great Vegetarian recipe that’s also dairy-free (or close).   Alas, I found this Black Bean Mushroom Chili recipe and the result was just as great as I hoped.  There were some doubts along the way, as it took 8 hours on high (overnight), and another 8 hours on low (while we were at work) to cook to a consistency of our liking, but the final product was wonderful.  With this success under my belt, I just might try this recipe next using veggie crumbles instead of beef. 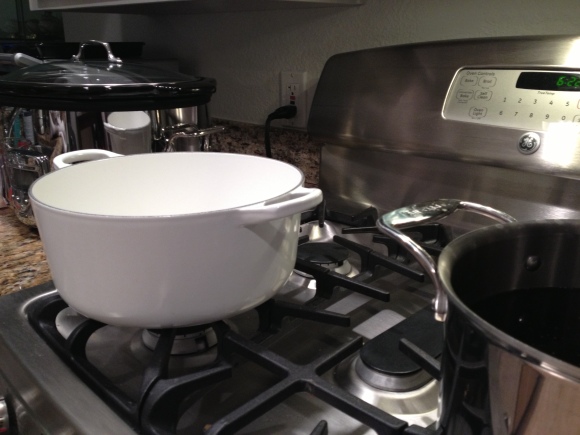 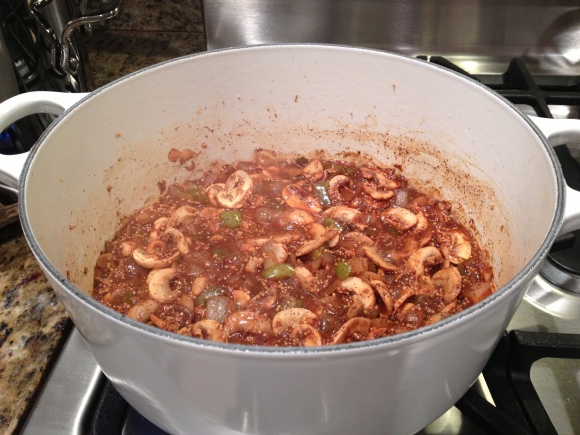 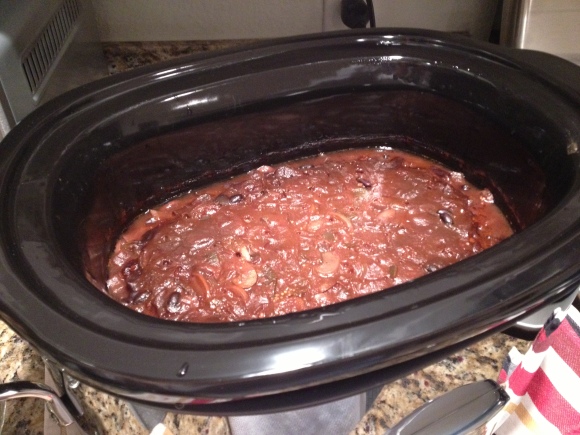 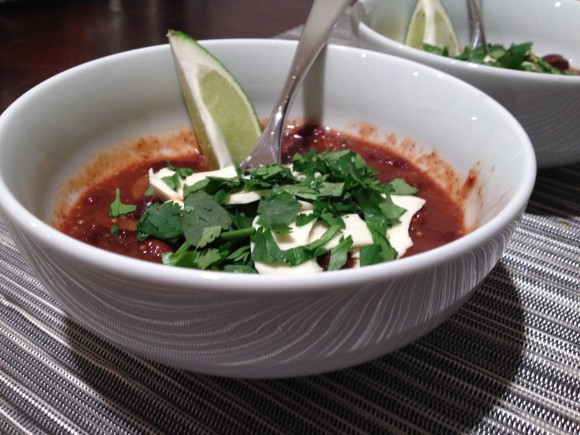