It’s that time of year when I start to gather recipes that I can use during Passover.  While I’ve made the Barefoot Contessa’s Tomato Basil Soup in years past, I just found a new recipe from Phoebe Lapine, that’s likely to replace it.  As the title suggests, it is a slow cooking recipe (about 5 hours), followed up with a quick blend of the mixture, leaving you with a delicious tomato soup with a kick.  It’s a great to make during the weekend, with enough leftovers for the start of your week.  Best part for me, no dairy and minimal clean up!  Will this make your Passover list? 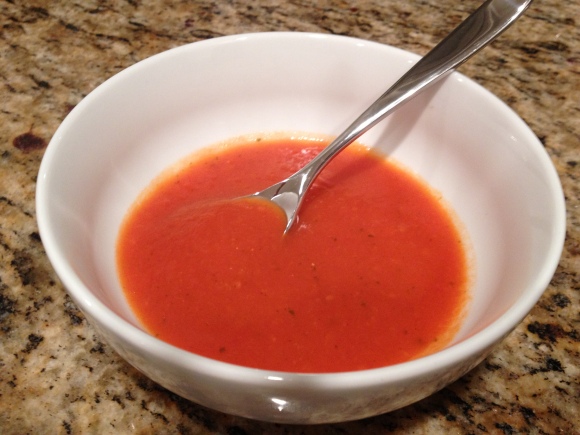